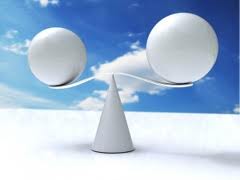 Warren Buffett is famous for his discipline in his early investing success.  Now, I think he is demonstrating his flexibility (some are critical of his recent flexibility) in investment philosophy.  Both are important skills for business owners and managers to master and to know when to utilize each approach.  A balance is required to be disciplined but not too rigid and flexible but not changing too much.  When someone tells you that there is one best way of always doing something, run away.  I have been thinking about this with the Berkshire Hathaway annual meeting this Saturday and the evolution in philosophy by Buffett over recent years.  I will be at the Berkshire meeting, so please let me know if you will also be there.

Here are some examples of how Buffett’s discipline evolved to greater flexibility over time.  Many of these changes are probably logical given the increased size of Berkshire and the reality of finding attractive places to allocate large amounts of capital, but they are interesting because of the scope of these shifts in philosophy.

A great modern day investor is a contradiction of shifting philosophies and evolving beliefs.  My take from this is that a balance of discipline and flexibility, and when to utilize each, is an important skill to learn.  There is no one right strategy.