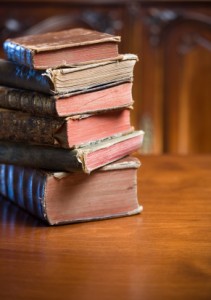 This decision around timing is followed quickly by a decision about the source of the capital — angels, institutional venture capitalists, micro-vc’s, super-angels, angel syndicates, etc.   Having options is good and helpful — having more options also creates more decisions.

I have written often about trying to find the right source of capital in these blog posts: VC Bargain: capital in exchange for the ‘duty’ to sell your company; Flippers and holders;  Strategy and Structure;  You are what you eat (or where you get your investment); Enlightenment and alignment.

In the last several weeks, I have enjoyed several conversations with entrepreneurs about questions of raising capital.  In particular, I spoke with two promising young companies with under $1M of revenue that are on an impressive trajectory;  and also with a larger company at $10M of revenue that has only raised a small amount of outside money to-date.  The smaller companies could use more capital than the larger one, but they often do not need as much capital as the institutional venture capitalists want to put into a single deal.

Around these questions, much conventional wisdom developed in the last century —  some that is often still true:

Many of these ideas continue to be true for many companies.  At the same time, this conventional wisdom no longer applies to an entire universe of companies.  The old conventional wisdom developed in the last century when capital was more scarce and there weren’t as many options beyond the brand name institutional venture capital firms.  Thus, the path of raising money early and raising it from traditional sources appears to be the path that offers historic odds of success — even when that is not necessarily true nowadays.

My Thoughts About When To Raise Capital: When the Capital Will Enable You to Create More Value Than You Give Up

Unfortunately, financial myths are peripheral to the core of the decision.  The obvious and real answer is only to raise money when it will enable you to create more value than you give up.  Usually, this has something to do with the capital being used to improve some fundamental financial results of the company: revenue growth, margin improvement, competitive advantage — anything that leads to financial improvements beyond the investment.

The answer should be different for every company.  We need to think hard about the right time and the right capital source for each particular situation.  Often, revenue and revenue growth rates are a prime indicator of long-term value creation for a company.  Thus, it is easy to look at basic example of how much a company’s growth rate will need to increase in order for any capital raised to pay off.

Let’s assume that you own your entire company, it has $5M of revenue, is growing at 25% per year, and is valued at $10M (2x revenue for the sake of the argument).  In Path A, you do not raise money and five years later your revenue will be $17 million and your company will be worth 2.5x revenue or $43 million.

If your valuation multiple increased, the growth rate could be less than 33% to achieve the same result.

This focuses you on how you will spend the capital and what the payback will be on that investment.  This is the most productive place to spend your mental energy around this decision.  Obviously, if you have very clear uses for the money that will generate high returns on investment, it becomes obvious to raise money.  The less clear the uses and the payback, the more you should try and spend your energy figuring out where to spend your existing cash flow.

Waiting to Raise Capital Can Increase Your Valuation

In some cases, for companies that do not need the money (when it isn’t yet clear how more capital would increase the growth rate) it often makes sense to wait to raise money.  In these cases, an entrepreneur is better off waiting because the company’s pre-money valuation usually will grow faster that its revenue growth.  Every month and year that your revenue can increase at an attractive pace, your equity value should increase at even faster pace because larger companies get higher valuation multiples.  Thus, letting your company increase in value while you figure out how you could use investment capital becomes the smart decision.