A study in 2016 from Bain & Company shows that over the past 15 years “founder-led companies deliver shareholder returns that are three times higher than those of other S&P 500 companies.”

Therefore, we at Greybull Stewardship focus on those founder-led, or founder-involved, companies. We study how they are conceived and managed. And we study how best to support founder-led companies with capital and with support for their growth and long-term prosperity. We have written here about how founders need better financing options. 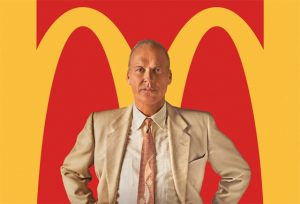 Founder-Led Companies Crucial for the Economy

Bain’s Chris Zook and James Allen write: ‘‘The Founder,” a new film starring Michael Keaton, tells the story of McDonald’s Corporation founder Ray Kroc as he turns a few small restaurants into a ubiquitous international chain. It’s a tale of founder-driven corporate growth. Something that has become too rare today. This breed of entrepreneurial spirit makes for a good story. But it’s also crucial for the economy.”

Continuing, Zook and Allen write: “We analyzed examples of sustained success at 7,500 companies in 43 countries, visiting many in person, to determine what made them stand out. Great founders imbue their companies with three measurable traits that make up what we dubbed ‘the founder’s mentality.’”

“First, insurgency: The founding team declares war on its industry on behalf of under-served customers. Mr. Keaton’s Kroc announces in the film that the McDonald brothers’ fast-service approach is akin to revolution.”

“Second, an obsession with how customers are treated—an attention to detail that borders on compulsive. In his autobiography, Kroc discusses not only burger patties, but even how high they could be stacked and the amount of wax on the paper slips between them.”

“Third, these companies are steeped in an owner’s mind-set. Too often in business, the founder’s vision becomes distorted. Managers seek short-term profits by cutting corners, alienating customers and employees. Companies that maintain the founder’s mentality constantly reassess internal spending. But their goal is to root out bureaucratic barriers to free up underused cash. Kroc was able to create an army of mini-founders by perfecting the franchise model.”

Moreover, Zook and Allen emphasize: Those companies that continue the founder’s mentality “create more than 50% of the net value in the stock market in any given year.”

In summary: “Too few companies have a driven founder at the helm. An owner’s mind-set governed by a sense of insurgency and a front-line obsession are what’s needed to turn America’s anemic recovery into a turbocharged one.”

Similarly Zook and Allen published research in July 2016 saying “that of all newly registered businesses in the U.S., only about one in 500 will reach a size of at least $100 million in revenue. A mere one in 17,000 will attain $500 million in revenue and sustain a decade of profitable growth. Despite their rarity, these successful firms are a bedrock of the U.S. economy.”

Zook and Allen, partners at Bain & Company, wrote “The Founder’s Mentality,” and published these comments in 2016 at Harvard Business Review Press.