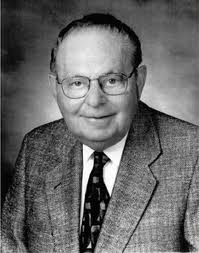 Heroes have been a topic several times in talks by Warren Buffet.  “Pick your heroes carefully,” he said one time, “as it will have a big impact on who you become.”  Another time he said, “Tell me who someone’s heroes are, and I will have a pretty good idea who they are.”

To me, the Blumkin family of the Nebraska Furniture Mart and Berkshire Hathaway are role models of family and American business.  Last week, the patriarch of the family, Louie Blumkin, passed on to great acknowledgement around Omaha, Nebraska and throughout the furniture world.  If you do not know, the Nebraska Furniture Mart is a very large business that has been a cornerstone of Warren Buffett’s Berkshire Hathaway since 1983.  It is admired throughout the world of furniture retailing for its success and its innovations over the years.

Louis was a dynamo.  Because my business partner in the National Holistic Institute is related to the Blumkins, we have received great support, enthusiasm and encouragement from the Blumkin family over the years.  When Louie visited us, he was quick to ask insightful questions.  You could see him running the numbers in his head about how the business worked as we discussed the organization and its impact.  At 90 years plus, he was quick and fun to talk with.  It was also enjoyable to listen to his stories of fighting in World War II and liberating a concentration camp, and his train ride back to Omaha after the war full of anticipation of what to do with the Nebraska Furniture Mart.  From 1945 onward, he ran the Nebraska Furniture Mart, while his mother and the founder of the Nebraska Furniture Mart, Mrs. B, was the front person getting the press and acknowledgements.  Their philosophy, if you haven’t heard it before, is “Sell cheap and tell the truth.” They sold a majority of the Nebraska Furniture Mart to Berkshire Hathaway in 1983, and Louie’s sons Irv and Ron Blumkin manage the business today.

Family Business Lessons from the Blumkins and the Nebraska Furniture Mart

Several things have impressed me about the story of the Blumkin family and the Nebraska Furniture Mart.

Many people contribute to our success in life.  Although I didn’t know him well, I had a few meaningful interactions with Louie and his wife Frannie that had an impact on me — it contributed to why I am building Greybull Stewardship in the way that I am.  Ideally, I want Greybull Stewardship to be a long-term home for businesses like the Nebraska Furniture Mart that are about long-term success and they have the best elements of family businesses — a long-term focus, continuity of beliefs and values, and a willingness to share with their customers, employees, and community.