Sustainable competitive advantage — a goal which will be always sought and ever elusive in business.  It is difficult to define. Yet, we often know it when we see it. 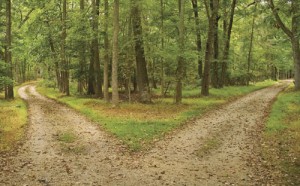 People attempt to draw-up lists in an effort to understand and remember the types of competitive advantage.  One common one is the competitive advantage of “network effects” — where a multi-constituent model becomes more entrenched the more users there are (Microsoft operating systems, Google search, Facebook, Visa/Mastercard).  Another common one is “economies of scale” — particularly in older industries such as matches, cigarettes, and steel. (Maybe even in the future market for batteries according to Elon Musk and Tesla).  Another one to add to the list, in my opinion, is competitive advantage which develops by owning or perfecting a unique distribution channel.

Competitive Advantage With Your Own Channel

A unique distribution channel can be a great way to differentiate your company and build a competitive advantage, often in industries where the product or service itself may be at risk of being undifferentiated (like some financial services products).  If your company can develop a more effective or less expensive channel to bring your product or service to the marketplace, you can develop a big advantage over companies that do not have your distribution channel.  It is even better if there is some reason why your competition cannot utilize your channel because of channel conflict (State Farm may have difficulty selling directly like Geico because their agents would get upset) or the expense of building out the distribution channel (Apple stores or Coca-Cola bottling plants).  Owning a distribution channel can also be very lucrative, such as the big three television networks or a city’s newspaper during the last century.  Or, Internet search is a lucrative channel thus far in this century.

The flip side is also true.  If you do not own your distribution channel, your business just became much more difficult.  I see this all the time as small product companies get eaten alive by retail chains who capture too much of the value for distributing product through their channel.  Constant price negotiation, slotting fees, terrible payment terms, all make selling your product through the retail channel very difficult.  Unless, of course, you are P&G and can negotiate with equal weight with the retail channel.  On the other hand, I have also seen some companies (particularly food companies) grow their revenues very quickly by utilizing the existing retail channels (club stores, etc.), so there is always a counter point to every business strategy.

Distribution as a Competitive Advantage

There are many examples of large businesses that were built where a unique distribution channel was a core piece of the puzzle and it made the company strong and effective for a long time.   Here are some examples: